Johannesburg. 5 October 2017. Paramount Group, the African based global aerospace and defence company, today announced the significant enhancement of its pilot training capability through its acquisition of four Dual-Seater Mirage F1 fighter aircraft from the French Government. 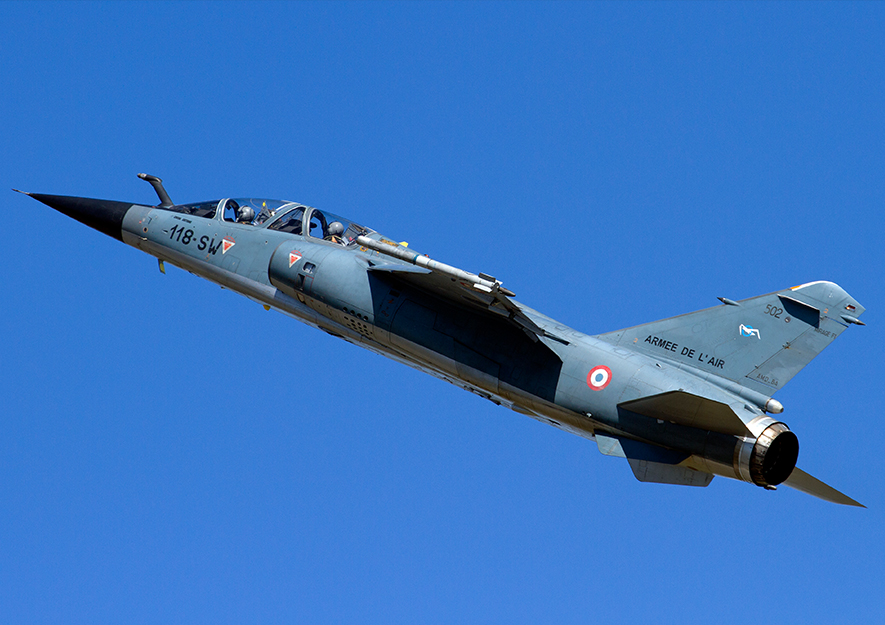 Paramount Aerospace Systems, a subsidiary of Paramount Group has been supporting a number of air forces around the world in the maintenance and technical operation of advanced fighter aircraft for many years.  In this context, Paramount Aerospace Systems has been operating a pilot training capability from ab initio to advanced fighter training in South Africa and customer countries.

The demand for these services is increasing significantly due to the global shortage of well-trained military transport and combat pilots.

In order to significantly increase its capability, Paramount Aerospace Systems has been in negotiation with the French Government to acquire four Dual-Seater Mirage F1s. These aircraft are compatible with the existing fleet of Mirage F1 aircraft that was acquired by Paramount group from the South African Government.

The Company has extensive capability on this aircraft type with full airframe and engine overhaul capability, as well as the ability to upgrade, modernise avionics and mission systems.

Brian Greyling, CEO of Paramount Aerospace Systems said: “One of the most important trends in today’s military aviation market is the increasing utilisation of legacy aircraft for adversary training by air forces.  The new acquisition of the Mirage F1 aircraft will inject additional ‘top gun’ capability into Paramount Group’s advanced pilot training programmes.  Paramount Aerospace Systems is now recognised as the only privately-owned aerospace company in the world that is capable of offering military type aircraft training from ab initio to supersonic fighter capability.”

Ivor Ichikowitz, Group Chairman of Paramount Group said:  “The global economic slowdown has reduced the defence budgets of most countries in the world resulting in cuts across many defence sectors including aircraft, naval vessels and military vehicles.  Such budgetary constraints are driving the decrease in procurement of new military aircraft, helicopter and UAV’s and place huge emphasis on more affordable solutions such as maintenance, repair and modernisation of existing equipment and the associated training requirements.”

According to research* the global military aviation MRO market is expected to be worth US $18.5 Billion in 2017 and is expected to increase to US $23.4 Billion by 2027.  The expenditure in the sector is expected to be driven by aging military equipment globally, technological innovations in the industry, internal and external security threats, territorial disputes and modernisation initiatives undertaken by armed forces.

“Through decades of expertise, continuous innovation and the strengthening of our aircraft upgrade, maintenance, integration, logistics and training solutions, Paramount Aerospace Systems is optimally positioned to provide this capability to any air force in the world.  We are very proud of this world-class African capability that is critical for extending the service life of aircraft while reducing the high acquisition costs of new equipment. Paramount Aerospace Systems is well positioned to become one of the major global players in this space, and the acquisition and placing of these aircraft into service furthers this objective.” Ichikowitz added.