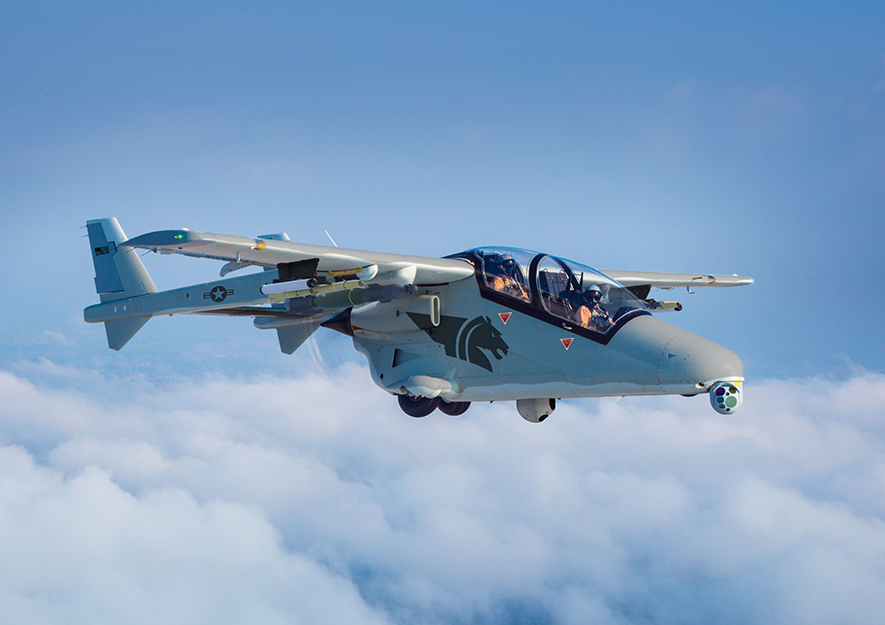 Aviall will support supply chain procurement and management for AHRLAC production, including AHRLAC’s militarised variants – Mwari (international) and Bronco II (US). Aviall will be responsible for the securing and scaling of the US production and sustainment supply chain to meet US acquisition requirements.
In addition to Aviall’s role, Boeing Global Services will provide software-based solutions enabling centralised command and control of flight operations and produce total life cycle support to reduce sustainment costs.
“This industry partnership provides not only a specialised aircraft that meets the US customer’s unique mission needs but does so at a fraction of the procurement and life cycle cost of aircraft with similar mission applications and capabilities,” said Eric Strafel, Aviall president and chief executive.

Bronco II is a two-crew precision-strike and C4ISR (Command, Control, Communications, Computers, Intelligence, Surveillance and Reconnaissance) aircraft.
It is capable of carrying a range of weapons, sensors and systems in extended airborne mission operations and its open system architecture enables rapid incorporation and employment of current and emerging systems. The Bronco II Interchangeable Multi-Mission Pod System allows a single airframe to be reconfigured easily and speedily to perform multiple roles.

“The strengthening of our relationship with Boeing Global Services is a milestone in the introduction of Bronco II to the US market,” Ivor Ichikowitz, Paramount Group chairman, said.
“Aviall will help the programme scale rapidly in production, as well as help reduce operating costs to the lowest levels ever experienced in an aircraft of this type. Our collaboration with Boeing leverages the strong and diverse design and mission capabilities of both companies to produce and sustain an aircraft for the US and NATO markets.”